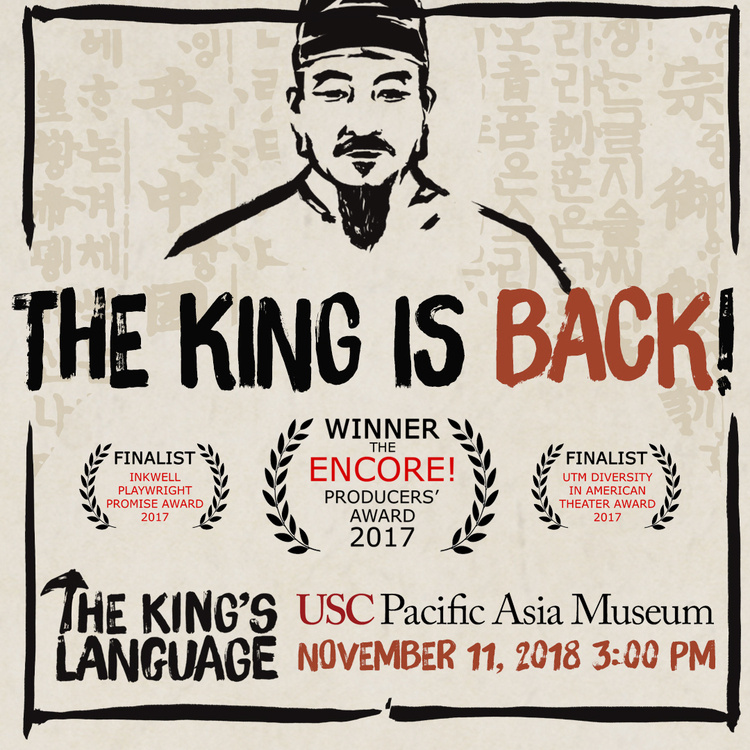 In a blend of contemporary and folk theater, The King’s Language whimsically retells a historical milestone of a nation’s identity as a people through rhythmic beats of a native drum punctuated with dialogue, song, and movement. This Korean musical performed mostly in English playfully traverses culture to incite awareness in audiences of a fundamental human tool we often take for granted—casting a spotlight on what we risk as a species if it is eroded.

Sponsored by The Korea Foundation